Muay Thai as a form of combat sport has its own unique techniques. Muay Thai boxing techniques are the way to effectively use nine weapons which are the head, fists, elbows, knees and feet. Collectively, they are called Na-wa arwud. However, in today’s Muay Thai rules, head is no longer included as a weapon and not allowed in the Muay Thai fights. Muay Thai training Phuket fighters has removed the use of head in Muay Thai techniques.

Muay Thai techniques, as taught in a typical Muay Thai camp in Thailand, fighters trained are divided into two groups: Mae Mai or “major” or “master” techniques and Luk Mai or “minor” or “complementary” techniques. All Muay Thai techniques use the entire body movement, rotating the hip partially or fully with every punch, kick and block. This is what sets Muay Thai training apart from other forms of martial art. 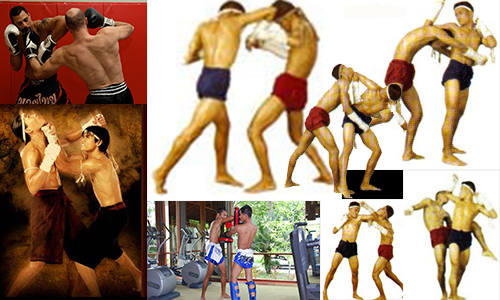 While it may be possible to win a fight using just one technique, a Muay Thai boxer who masters the use of each of his eight weapons will definitely be able to face and outdo his opponent.

In Muay Thai, the elbow is used in seven ways – horizontally, diagonal upwards, diagonal downwards, uppercut, downward, backward spinning and flying. It is also used from the sides as a finishing move or to cut the opponents’ eyebrow so that he bleeds. Bleeding blocks the vision and also affects the fighter’s performance. The diagonal elbows are less powerful but they are faster than the other forms.

There is also a distinct difference between a single elbow and a follow-up elbow. The single elbow is an elbow move, which is independent from any other move. A follow-up elbow, on the other hand, is the second strike from the same arm, being a hook or straight punch first with an elbow follow-up. Such elbows, and most other elbow strikes, are used when the distance between fighters is too small and there is too little space to throw a hook at the opponent’s head. Elbows can also be utilized to great effect as blocks or defenses against, for example, spring knees, side body knees, body kicks or punches. 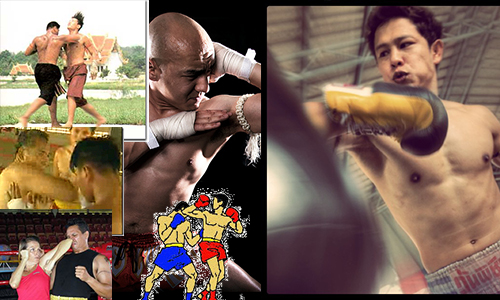 The sport covers a lot of techniques in which a fighter is taught how to defend or attack another fighter with so much power and speed. Speed and accuracy in every attack is important to knock down an opponent while speed and proper mindset in anticipating attacks is critical to avoid being knocked down and to have good defense.

The elbow technique is just one of the lethal techniques in Muay Thai in combination with different power punches and kicks. Proper training, diet and tactical thinking also plays a big part in succeeding in the combat sports that is present in most Muay Thai training camp in Phuket and all over Thailand.