Muay Thai is a form of martial arts developed in Thailand centuries ago. Also considered combat sports, Muay Thai, over the years, has grown to produce great fighters not just from Thailand but from other countries as well. The innumerable camps for Muay Thai Training all over Thailand indicate the numerous people interested in becoming great and world-class Muay Thai fighters. And there is no better place to learn the craft than in Muay Thai Camp Phuket, Thailand, where most of the training camps are located. 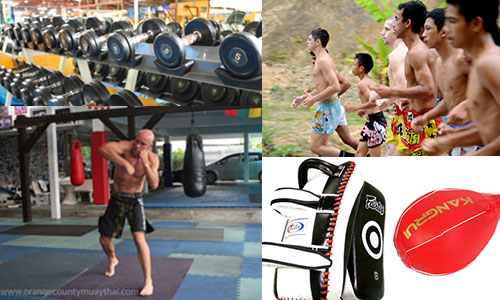 Muay Thai training in Thailand is open for everyone. In fact, a lot of foreign nationals specifically go to Thailand for the training. Some choose to take part in an intensive training program prepared by experienced trainers for their fighters who are being trained for big Muay Thai fights. Others choose just to learn the basics of the sport. If some people wanted to make it a profession, some people are just learning the sport to make it part of their fitness training program. Muay Thai basic training is a physically demanding form of workout and anyone who tries it will absolutely remain in good shape and physical condition.

Training routines vary from gym to gym as different training camps prepare a different routine or program for the new Muay Thai students and advanced training fighters. But while the routines differ, one thing is common – the training is very intense and rigid and will require a good amount of strength and stamina from the person. Muay Thai makes use of eight body parts (limbs) namely, hands, elbows, knees and shins. This is in contrast to western boxing, which uses the fists to ward off opponents.

Depending on which Muay Thai training camp in Phuket or other places in Thailand you sign up with, the basic training will more or less include the following routines:

This involves running or skipping for about 15 to 20 minutes to sweat out, stretch the muscles and make the body adjust to the upcoming rigid activities. Stretching exercises and activities are also included in this routine. Stretching is aimed at improving the level of flexibility of the trainees.

This is a continuous 20 to 30 minutes morning routine intended to strengthen upper and lower legs and overall stamina.

This is another important basic Muay Thai routine. This will help you develop suitable strategies and techniques that can be used in fighting opponents. This will also allow you to practice your kicks, punches, elbow and knees techniques. Usually done in front of a mirror, Muay Thai trainees are able to see the correct execution of movements. 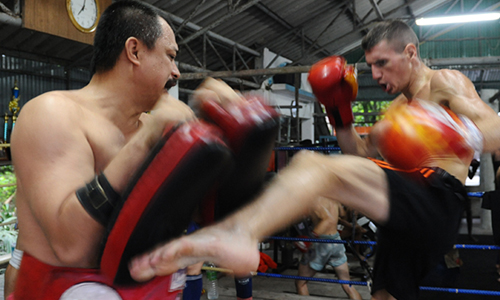 This routine is aimed at strengthening the body and increases the capacity to endure kicks and punches from the opponents. Trainees will do resistance training of core muscles using free weights – barbells or dumbbells.

This is where punches and kicks, knees and elbow techniques are practiced.

This is aimed at improving movement coordination and strengthening the shoulders.

This is the last routine of the basic Muay Thai training. This routine will teach you how to control your opponent. It will also improve your techniques and give you the experience to feel the real Muay Thai fight in the ring.

Being an intensive sport, Muay Thai requires sustained energy throughout the training especially for beginners. A person will experience generalized body pain after the first training session but it will gradually fade away. After a few training sessions, big changes can be observed by a fighter in his/her physical appearance, stamina and overall wellness. Indeed, Muay Thai is a good sport to get engaged with as it allows a person to develop a sense of equilibrium in a person’s well-being.