The Art of Eight Limbs – this is how Muay Thai is often referred to. This Thai combat sport makes use of the hands, elbows, knees and shins as fighting weapons against opponents. In many Muay Thai gym Thailand is known for, Muay Thai trainees are taught the many fighting techniques using these eight weapons, honing the ability to master execution of eight strikes using eight points of contact which is very different from the Western’s two-point techniques using only the fists. It is not surprising then that a lot of Muay Thai enthusiasts intentionally go to a Muay Thai Camp in Thailand for it is known for producing the best Muay Thai fighters and to have their training as well.

One of the fighting techniques taught in training camps or gyms is the knee technique. It is called Tee – Khao or Knee-kick. These techniques involve the intensive use of the knees to effectively fight off opponents. The knee kick is done by raising the knee to attack and this can be difficult to do especially for beginners. This technique requires maintaining proper balance when attacking. Professional Muay Thai trainers patiently teach the fighters how to knee-kick, which requires a fighter to be at close quarter with the opponent. Alternatively, knee-kicks are also used to attack an opponent at long range, which is called a flying knee kick. Many times, in order to use knee kick, the fighter has to grab the opponent’s neck to “lock and attack”. The fighter should be prepared though to the opponent’s elbow-strike attack. It is important that concentration and defense are not lost when using knee-kick techniques. 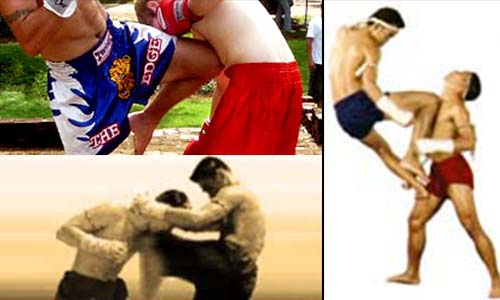 There are five knee-kick techniques: 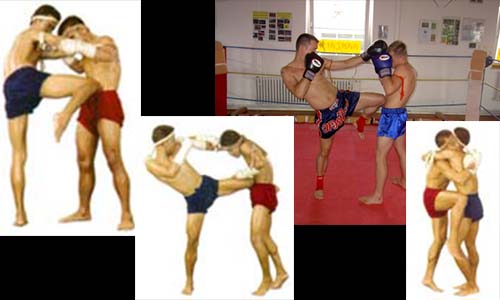 Knee techniques are quite a difficult technique to learn because controlling the knees while maintaining balance is more challenging than throwing punches or kicks. That is the reason behind hard training in Muay Thai, it helps a fighter build coordination, control and balance in combining the techniques. It takes time and focus to finally see and feel that you already have a well-coordinated body parts to be used in attacking an opponent while having good defense.

Since the knee is one of the strongest and most solid bone structure we have in our body, developing its use for a detrimental attack will most likely knock your opponent down. Developing more strength and solid power in using your knee could be of great advantage.